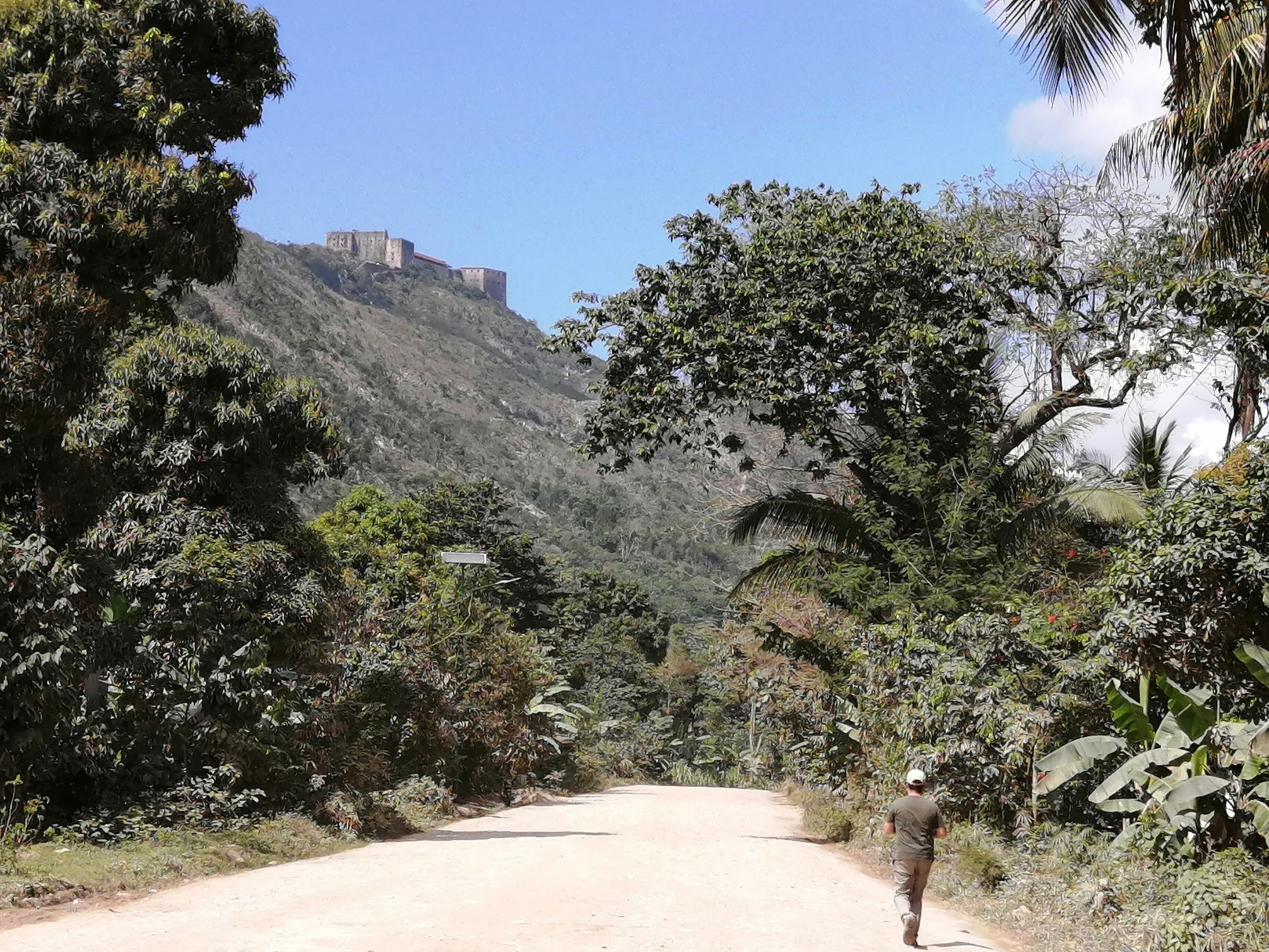 National Road 3 (RN-3) is a north-south highway that crosses Haiti's central plateau and links Port-au-Prince to Cap-Haitien, the country's second largest city. The RN3 is the largest north-south highway in Haiti (191km). The process of rehabilitating the RN3, which began around twenty years ago, has still not been completed. In July 2010, a UNESCO mission, under recommendation of ISPAN (Institut de Sauvegarde du Patrimoine National), endorsed stopping the construction process of the RN3 in the Parc National Historique Citadelle Sans Souci Ramiers (about 5.8km) until all the impact studies (social, economic and environmental) have been carried out. The Parc National Historique Citadelle Sans Souci Ramiers (PNH-CSSR) is a national park created in 1968 and recognised as a UNESCO World Heritage Site in 1982. The construction of the last section of the RN3 preserves the universal value of the Parc National Historique Citadelle Sans Souci Ramiers, as well as the environmental, landscape and social assets along its route.

As part of the rehabilitation of the section of the RN3 between Saint Raphaël and Barriere Battant, this project aims to draw up an environmental and social impact study for the entire section. This is accompanied by a more specific study on the heritage impact in the context of the crossing of the Park (5.8 km). On the basis of these two studies and in agreement with the project owner and the other partner institutions, including ISPAN and UNESCO, a Preliminary Summary Project is proposed for the crossing of the park. Finally, the accompanying measures to be implemented within the framework of the financing agreement for the section are identified. The general objectives of this project are to :

The specific objective is as follows: "The construction of the last section of the RN3 preserves the universal value of the Parc National Historique Citadelle Sans Souci Ramiers, as well as the environmental, landscape and social assets along its route". This particular objective is broken down into two sub-objectives :

Design and Supervision of Beautification and General Improvement of three Historical, Natural and Cultural objects in the Khatlon Region of Tajikistan
Tajikistan
2020-2023
International Development Association (IDA)

Dissemination and promotion of the Roadmap of the Central American Customs Union (2015-2024), the Trade Facilitation Strategy, with a focus on coordinated border management and competitiveness, including the Agreement on WTO Trade Facilitation
Guatemala
2019-2021
SIECA

Cross-sectoral cooperation and innovation within Creative and Cultural Industries - practices, opportunities and policies within the area of the Northern Dimension Partnership on Culture
Russia
2020-2021
EC - EuropeAid