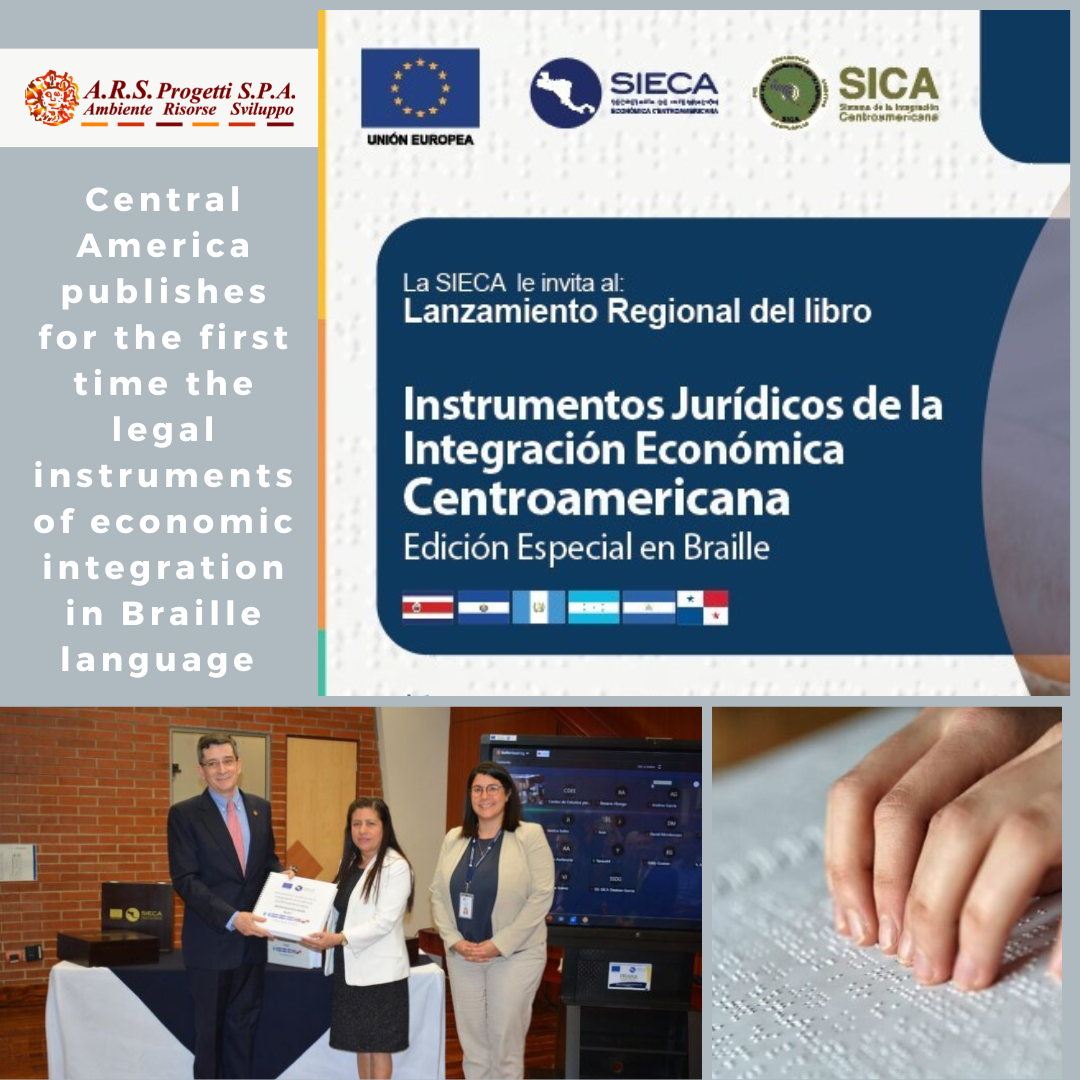 💯Blind people will be able to read for the first time in Braille version the main legal instruments of integration governing the Central American Economic Subsystem thanks to an initiative developed by SIECA, with the participation of members of the Diplomatic Corps accredited in Guatemala and with the support of the European Union, within the framework of the EU funded project, through the contract service nr. DCI-ALA/2019-409-683, implemented by A.R.S. Progetti S.P.A., Dissemination and Promotion of the EU-CA AA, the Roadmap for the "Central American Customs Union (2015-2024), the Trade Facilitation Strategy with emphasis on coordinated border management and competitiveness, including the WTO Trade Facilitation Agreement.

💥 At the launching, held on Monday (28.11.2022), the Secretariat for Central American Economic Integration (SIECA) said that the main objective of the document, "unique in its kind worldwide", is to benefit the blind, visually impaired or with other difficulties to access the printed text in accessible format.

🚩 For his part, Francisco A. Lima Mena, Secretary General of SIECA, added: "it is imperative and necessary for all Central Americans to know the instruments that govern the integration process, and thus enable them to take advantage of the benefits and opportunities that the Central American economic union offers and is at their service".

💡 Lima Mena symbolically handed over the book to Clarivel Castillo de Martínez, President of the National Council for the Attention of Persons with Disabilities of Guatemala, and it will be sent to all Central American countries so that it can be distributed to the different groups in the region.

🔴 It is important to point out that the initiative was carried out within the framework of the sixtieth anniversary of SIECA and in compliance with the Marrakech Treaty, administered by the World Intellectual Property Organization (WIPO) and to which all Central American countries subscribed on June 27, 2013 and which came into force in 2016.

📚 The Braille format is a reading system based on the sense of touch that was created in the mid-nineteenth century by the Frenchman Louis Braille and is still relevant today, there are countries like Canada and Paraguay that use it in their banknotes and in several countries in Europe, Asia and America its use is spreading because it is adaptable to the alphabet of each language that exists in the world.