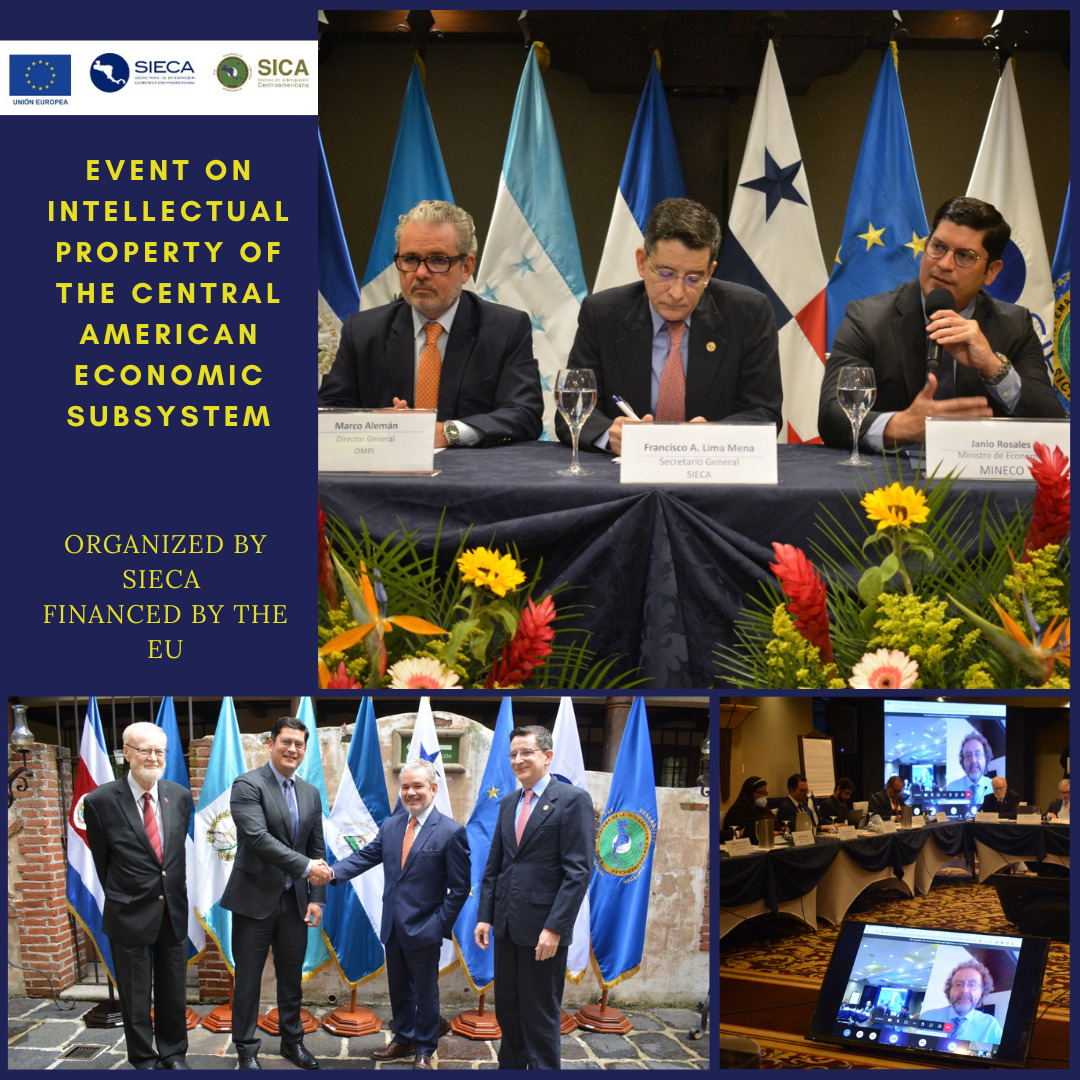 Event on intellectual property of the Central American Economic Subsystem

📆 On October, 21st 2022, SIECA has organized the Event on intellectual property of the Central American Economic Subsystem, within the framework of the EU funded project, through the contract service nr. DCI-ALA/2019-409-683, implemented by A.R.S. Progetti S.P.A., Dissemination and Promotion of the EU-CA AA, the Roadmap for the "Central American Customs Union (2015-2024), the Trade Facilitation Strategy with emphasis on coordinated border management and competitiveness, including the WTO Trade Facilitation Agreement.

⚙️The meeting was inaugurated by the Minister of Economy of Guatemala and President Pro Tempore of the Council of Ministers of Economic Integration (COMIECO), Mr. Janio Rosales; the Secretary General of SIECA, Mr. Francisco A. Lima Mena; the Deputy Director General of the World Intellectual Property Organization, Mr. Marco Alemán; the head of the Regional Section for Central American Economy and Trade of the Delegation of the European Union, based in Costa Rica, Mr. Massimo de Luca.

💡 Intellectual Property, as a strategic sectorial policy of the Central American economic integration process integration process, and as a means to achieve the economic development of the countries, has become highly relevant and important importance and important efforts are being made to make progress in this area. In the development of the meeting, The meeting is expected to address several agenda items, among which the following will be discussed: