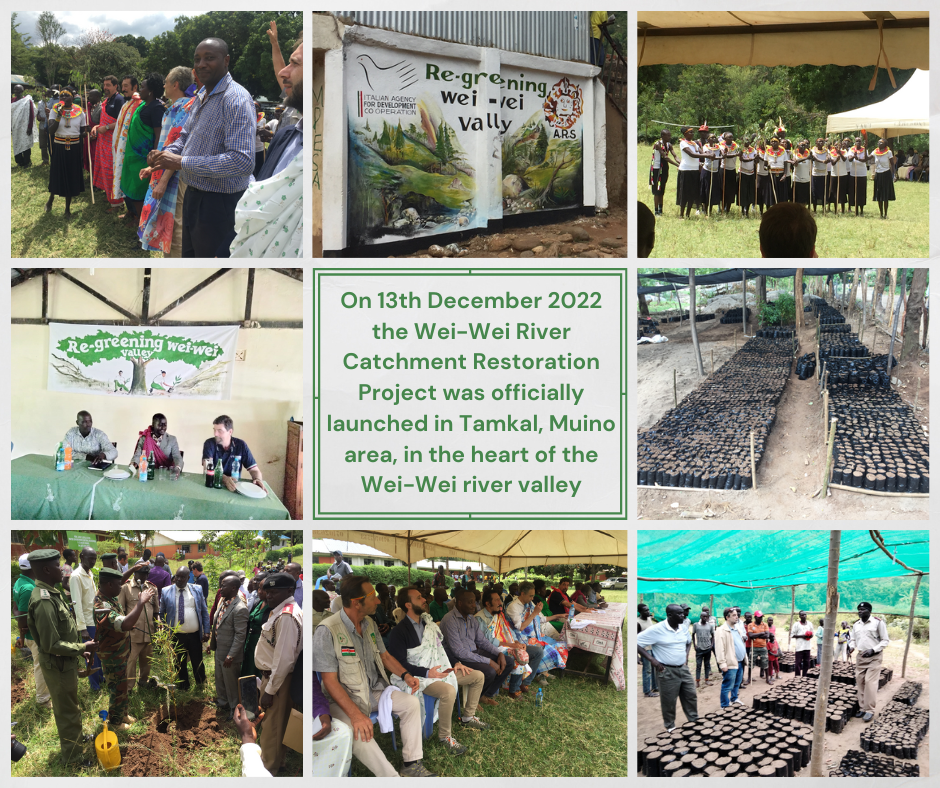 🇰🇪 On 13th December 2022 the Wei-Wei River Catchment Restoration Project was officially launched in Tamkal, Muino area, in the heart of the Wei-Wei river valley.

🌳 The ceremony was attended by the Deputy Governor of the West Pokot County and several officials from local and central authorities such as the Kenya Forestry Service, the Kerio Valley Development Authority among others.

🎋 The Director and officers of the Italian Cooperation were welcomed and invited to plant a bamboo tree as a symbolic launch of the project.

♻️ In this preliminary phase, the project has supported the creation of community nurseries, provided seeds and tools, which will play a key role in the ‘regreening’ path that the project will establish.